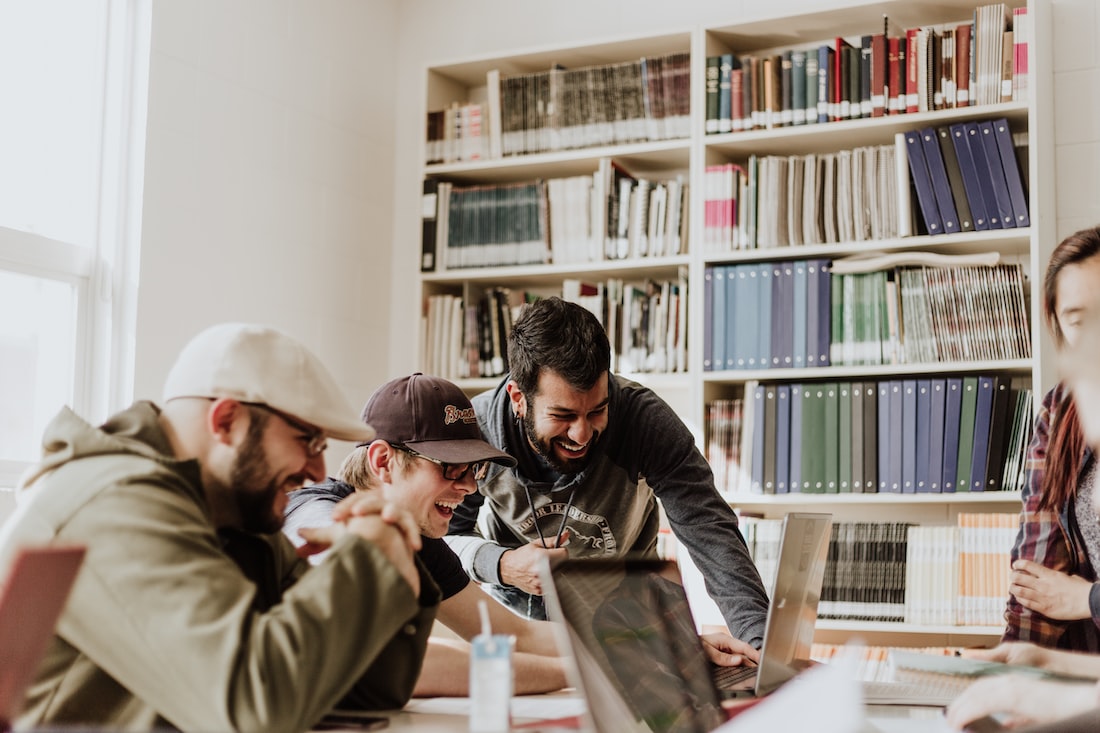 🧠
Are you looking for a Startup Advisor? I might be able to help.

Perhaps you're the co-founder of a new SaaS business and it's finally gaining traction, or you're working in a small company and have, up until this point, been solely responsible for one specific area of the business.

It's finally time to hire and build a team! 🥳

In today's post, I'll be sharing some things you should keep in mind as you transition from your jack-of-all-trades role into the leader of a well-oiled and high-performing team.

1. Your first few hires won't help you move any faster.

Quite often, the main reason for wanting to build a team in the first place is to be able to move faster. The logic is simple: hire more people and get more work done. Unfortunately, that's simply not the way it works.

On the contrary, your first few hires are likely to slow you down. Building a team will create many new challenges you haven't had to deal with so far (think onboarding, coaching, process building, performance reviews, goal alignment), and which will, ironically, make you move even slower.

One thing is certain: the number of hires you make will not be directly proportional to the amount of work you will get done. As an example, hiring 2 more team members (for a team of 3 in total) will definitely not make you move three times as fast.

In fact, you may be surprised to hear that it will likely take a while before your completed team is even as productive as you were when you were the sole person on the team. Once you get past that point though, you will start to reap the benefits and wish you had created your team even earlier.

Because of the overheads involved, don't build a team simply because you have the budget to do so. Build a team when it's clear the business cannot continue to operate or grow without one.

The key is realizing and acknowledging that fact as early as possible. If you do have a clear reason for building a team, great! Let's get started.

The very first thing you need to understand is that you are essentially hiring the founding team for that area of the business.

2. The people you hire may end up being the ones hiring others later on.

Whilst your immediate need is to get more help right now, you also need to think about the future. Your team might keep growing and someday, it may end up becoming an entire department with several teams. You may even end up being a manager of managers.

With this in mind, you need to treat your first few hires with special care: they are the people who may become team leads for future teams and may become hiring decision makers as the team grows.

You need to pay particular attention to how much the people you're trying to hire align and agree with your company's values. If you don't already have company or team values clearly written out, now is the time to do that.

This does not mean you should be hiring people who behave and make decisions in the exact same way you do. On the contrary, you need to surround yourself with people you can learn from. However, you also need to make sure the whole team truly aligns with your way of working (a few examples: putting your customers first, working iteratively, and approaching failure positively).

Resist the temptation to hire very experienced individuals who know the subject matter extremely well but don't necessarily agree with the way the company or team operates. You may get an initial performance boost, but you may soon start to realize your business is no longer operating with the same core values you align with.

Not being intentional about your company or team values can be very costly later on.

Think hard about the type of company or team you want to build.

Next, let's focus on how you can create a team that can successfully build on what you have already managed to achieve.

3. A good leader hires people who are better than them.

Don't make the mistake of trying to hire team members who are more junior versions of yourself. In fact, when possible, you should be hiring team members who show big potential and could someday replace you.

It might be intimidating to hire people who have more experience than you – but a good leader needs to throw their ego out of the window. Before building a team, your performence is judged based on your own output. Once you build a team, your performance will be judged based on your team's output. In other words, you are for more likely to be successful if you hire a team who are way better than yourself.

As you transition into a leader role, your job will be to give your team the right tools and environment to excel and do their best work. You will have a much easier time doing this if the people you have hired are experienced and potentially better than you.

Don't hire anyone you don't feel you can learn from.

When deciding whether to hire somebody, always ask yourself: will I become a better version of myself by working with this person? It's important the answer is yes – regardless of whether you're hiring somebody junior or very senior, it will always be very clear whether you can learn from them or not.

4. Don't bother building a team if you're not ready to let go and hand over ownership and autonomy.

You know you've built a great team when they're consistently able to do what you used to do, even better than you did it, and without your help.

That last part is very important – your goal should be to hire a team that can make you redundant in the long term. Becoming redundant means that you can then focus on longer term strategy and vision.

How to become a better leader is beyond the scope of this post – there are many articles and books out there on how you can become a better leader (or you can read my article about building momentum in a team). But at its core, moving to a leadership role requires you to let go and give your team the automony needed to take decisions and move forward.

This is not always easy – you might have a very strong vision for how you see the company and product evolve. You may feel that handing over too much autonomy might take you off the path you had planned.

The solution is for you to clearly and continually articulate why the team exists, what you're trying to acheive and how you think the team can help you get there.

You can do this with a simple one page Google doc. Use this to arcticulate your business goals as well as the main drivers that can help you achieve those goals. You can even articulate what you believe to be the main bets that can help you get there, but be careful not to be overly specific.

Your team can be more successful if you micro-manage the outcome, not the output.

In other words, make sure your entire team truly understands what the company is trying to achieve and what metrics you're trying to move. But give the team the autonomy it needs to influence the actual output needed to reach the outcome.

5. The amount of hands-on vs leadership work you do should be entirely dependent on your team's size and level of maturity.

If you're transitioning into a team lead role and have team members reporting to you for the first time, don't act like you're a CTO for a 1000-person company.

In the early days of Hotjar, when we finally decided it was time to build a team, I made a big mistake: With just a team of 2 engineers, I spent most of my time trying to improve processes and not nearly enough doing hands-on work. As an unexperienced leader, I mistakenly assumed that is what any leader needed to do.

As your team starts taking shape, try to be as hands-on as you can. You can only truly understand the pains and challenges of your team if you're going through them yourself. Gradually, you will need to shift more of your time to leadership related responsibilities, but it's important you do so at the right time.

Knowing when to shift is not easy, but you can certainly do a few things to help yourself. Start tracking a few key metrics:

If any of those metrics starts to trend downwards, it's time for you to dedicate more time to solving your issues. Your team will understand that you have limited time available for hands-on work.

Continually ask your team whether they feel they're getting enough support from you.

As the team grows and more team members start to require your time, you will need to continually adjust the ratio of hands-on vs leadership work. Don't be shocked if you get it wrong – asking your team can be the easiest way to quickly assess whether you're focusing on the right thing or not.

For even the most seasoned entrepreneurs, moving from a one-person setup to a proper team can be daunting. Your role will have to evolve and you'll find yourself spending more and more time on things that weren't in your original job description. Having said that, it will all be worth it in the end – once the dust has settled and your team has gained some momentum, it will be a game changer.

🧠
Are you looking for a Startup Advisor? I might be able to help.

Sign in or become a Marc von Brockdorff member to join the conversation.
Just enter your email below to get a log in link.